Handicapping Tips and Strategies for Betting on Soccer 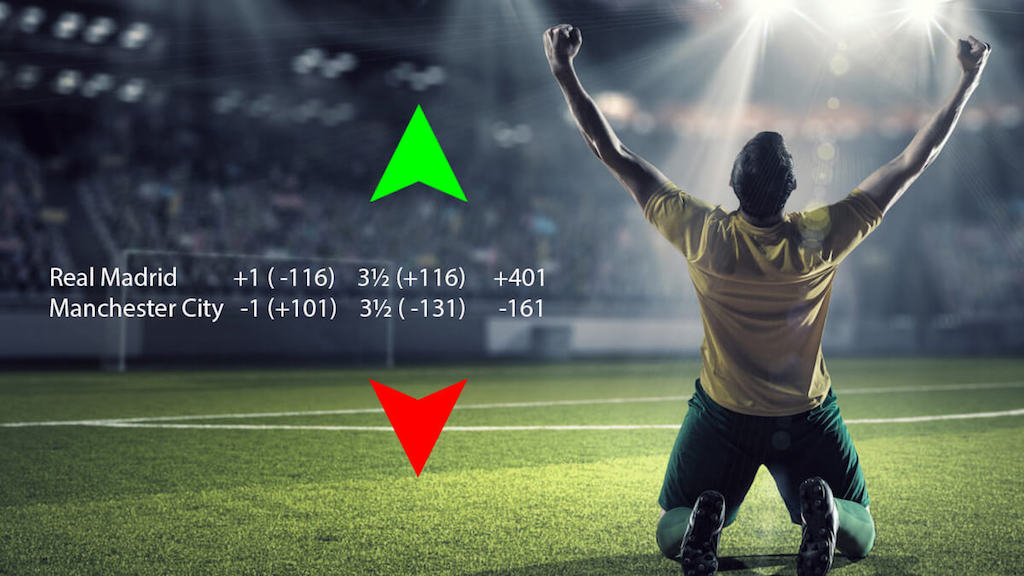 How much do you know about betting on soccer? Soccer or Futbol, as said in some countries, is one of the world’s most popular sports. Now the game of soccer can be quite strategic and tactical, yet equally entertaining in certain matches.

When it comes to betting on soccer, one of the major differences between soccer and other sports is the fact that you can not only bet on who the winner may be, but you can also bet on if it will be a draw.

With soccer, there are many trends or statistics that a team may possess that can make it helpful to handicap a bet on the sport. Here are handicapping tips and strategies for betting on soccer.

Know the Odds When Betting on Soccer

In soccer, it is unlike other sports with three options for a Moneyline play. In soccer, there is team A, team B, and Draw. All soccer sportsbooks will offer these options.

In soccer, someone can bet the draw if they believe the game will end in a tie. Unlike many sports, soccer has many contests worldwide that end in a tie.

Knowing the odds and the reward if the game goes to a tie or finishes one way or another is critical to the start of a successful bet on a match.

Whether the bet is being placed on an EPL, La Liga, UEFA Champions League, International game, or any other league, there are teams and stadiums that are proven to be a benefit for a team of the specific contest.

Researching if the home team has a sizable advantage will help determine what bet to make.

Taking it a step further, it will also be beneficial to know if the away team either does poorly away from home or specifically underperforms at the specific stadium where the game is being played.

In soccer, possessing the ball is critical to a team’s success on the field.

When someone is choosing between two teams, knowing which team is better at possessing the ball will help educate the bettor on what team will seemingly control the game.

Soccer features outdoor stadiums, so the weather instantly can become a factor. Many leagues worldwide play soccer in the sunshine, rain, and even snowy conditions. Circumstances where the weather isn’t pretty can impact the pace of play during a game.

If the weather looks bleak and either rainy or snowy, then don’t expect much pace or offensive production to the contest. The lackluster weather can slow down the players and the ball throughout the 90 minutes of play.

Even though the goal is massive compared to the keeper in soccer, it is crucial to know who the two goalkeepers are in the specific contest. Some teams rely on their offensive skill to win matches and overlook the goalie position.

Other clubs put a premium on their keepers and rely on their defense and goalie to keep them alive in games. These elite keepers can absolutely steal a game and therefore directly impact the outcome of a match.

Aerial Battles to Watch When Betting on Soccer

In soccer, the lob play is used sometimes often during a game. When a lob is made, it isn’t guaranteed who will gain possession after the ball is placed in the air. Some teams make it a point to be skilled at winning the aerial battles.

Teams with a higher percentage of success with aerial balls tend to be higher on the standings within that league. Diving deep into the aerial statistics in soccer will help educate you on the potential of a team in a specific matchup.

All in all, soccer is an intriguing game to bet on. Some contests feature no scoring, and others are a fast-paced, action-packed matchup.

Taking the time to research the match, the two teams participating, and their certain trends will ultimately make someone make a bet with more confidence.

Read more from our betting tips and strategies series. Check out Handicapping Tips & Strategies for Betting on Football.